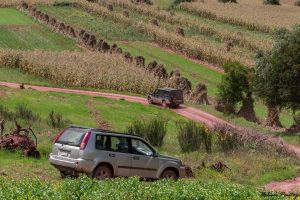 In 1904-1905, Max Weber published The Protestant Ethic and the Spirit of Capitalism.

Of all of my university years which, with four degrees, sum up to more than a decade, I only remember four concepts. Weber’s views on the value of methodical, everyday work are one of them.

Others have written eloquently about the essence of Weber’s thoughts so I will let them speak. Here is the text adapted from www.sparknotes.com:

Protestantism offers a concept of the worldly “calling,” and gives worldly activity a religious character. One branch of Protestantism, Calvinism, believes in predestination – that God has already determined who is saved and damned. Calvinist looked for clues about whether one was actually saved in their success in worldly activity. Thus, they came to value material success as signs of God’s favor. Other protestant groups had similar attitudes to a lesser degree.

Weber argues that this new attitude broke down the traditional economic system, paving the way for modern capitalism. However, once capitalism emerged, the Protestant values were no longer necessary, and their ethic took on a life of its own. We are now locked into the spirit of capitalism because it is so useful for modern economic activity.

Throughout his book, Weber emphasizes that his account is incomplete. He is not arguing that Protestantism caused the capitalistic spirit, but rather that it was one contributing factor.

The concept of methodical work being a value on it’s own was horribly tweaked by the nazis.

It remains a simple principle which, if followed, could help us live a more balanced and fulfilling life.